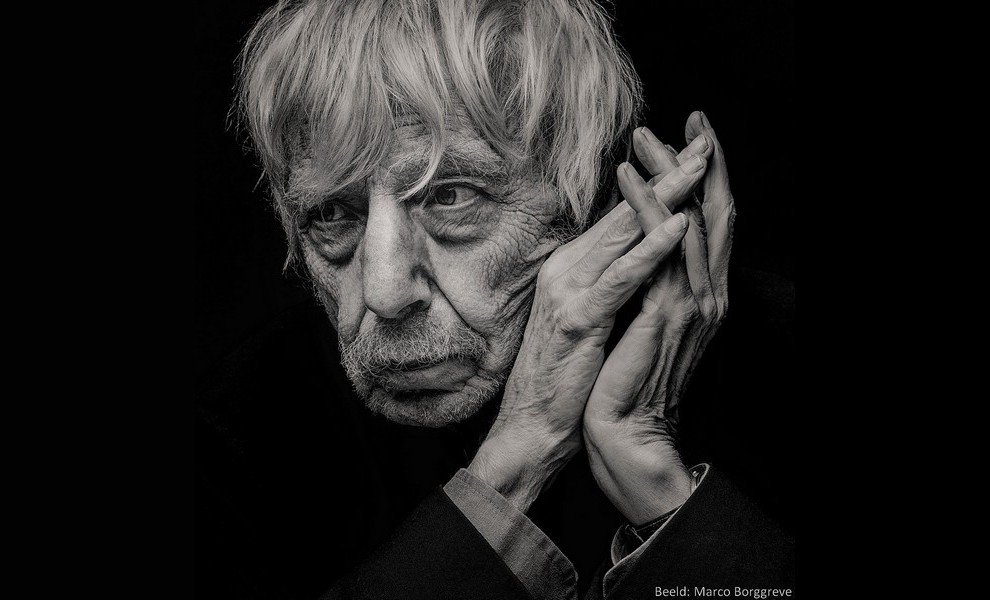 It is with great sadness that we announce the passing
of conductor, pianist and composer
Reinbert de Leeuw at the age of 81

The music world has lost a great and inspiring musician

In the world of contemporary composed music, Reinbert de Leeuw was well and truly the only Known Dutchman. On Friday, the conductor and composer died at the age of 81. De Leeuw owed his fame, of course, to the television programme Toonmeesters, in which documentary maker and good friend Cherry Duyns had him talk about composers he admired. Composers like Messiaen, Ligeti, Ustvolskaya, Kagel, Vivier, Górecki. And telling, that was something De Leeuw could do. Interviewers knew how to interrupt his inspired streams of words, monologues actually, only with great difficulty to ask a question, which, after a slightly disturbed look, would then be the start of yet another monologue.

Wilfried de Jong, De Leeuw's interviewer on an episode of Zomergasten in 2014, could relate. On De Wereld Draait Door, where De Leeuw was a regular guest, Matthijs van Nieuwkerk had to repeat every time that airtime was limited. In that same programme, De Leeuw wrote television history, with an integral performance on prime time of John Cage's silent piece 4'33".

De Leeuw's musical enthusiasm, and thus the way he talked about music, had manic traits. He couldn't help it: music was his everything. Even as a child, when he visited the Concertgebouw when he was ten, with the passe-partout of his parents, both busy psychiatrists who had no time for concert visits. Back home after a piano recital, little Reinbert would then compose after what he had heard, or write a new lemma in personal music encyclopaedia. But his parents wanted nothing to do with studying music. Music was fun as a hobby, alongside a serious job. And so De Leeuw went on to study Dutch.

Everything changed when in 1953 his father Kees died in a psychiatric clinic of heart failure during a sleep cure, and four years later he also lost his mother Dien, to cancer. Reinbert was then eighteen, orphaned, and in great confusion. Two years later, he took a decisive step: he quit studying Dutch and wanted to go into music. Via his piano teacher Loes Henrichs, he ended up at the Muzieklyceum with the renowned pedagogue Jaap
Spaanderman. At the Hague Conservatory, he chose the main subject Theory and studied Composition with Kees van Baaren. He was in the same class as Louis Andriessen, Jan van Vlijmen, Peter Schat and Misha Mengelberg. Together, they would change the Dutch musical landscape in the 1960s. In The Hague, where he soon became a teacher, he developed an abiding, obsessive interest in the harmonics of late Romanticism, the period 1880-1913, 'in which the seeds were laid of everything that would happen later'.

As a young pianist, De Leeuw stood out with extraordinary programmes. He broke through with a recital at the Stedelijk Museum, with late works by Liszt, by the then unknown Charles Ives and by Stockhausen, one of the forerunners of modernism. Also important was his promotion of Erik Satie. The Harlekijn label released the records Early Piano Works Vol. 1 and 2 - including the Gnossiennes and the Gymnopédies in ultra-rare performances - which hundreds of thousands of Dutch people bought, including television and documentary makers. In those days, no image of a desolate landscape or lonely street could appear on TV without Satie's music sounding underneath. De Leeuw formed a piano duo with Maarten Bon, with whom he played music by Olivier Messiaen for the first time (Visions de l'Amen), a composer who would occupy his mind for the rest of his life.

In 1974, he was asked by Henk Guittart, a student at the now royal Hague Conservatory, whether he would help an ensemble of students rehearse Schoenberg's Pierrot lunaire. De Leeuw found a new passion in conducting and out of the student club emerged the Schönberg Ensemble, which would develop into a group of world renown. Although he was self-taught and there was much to criticise technically about his playing, De Leeuw made a career as a conductor, of mainly contemporary music - although Piet Veenstra, the artistic director of the Residentie Orkest, also
gave him the opportunity to develop in more regular repertoire.

De Leeuw's conducting career culminated in a performance of Messiaen's mastodonical Saint François d'Assise with the Radio Philharmonic Orchestra, in Pierre Audi's grandiose, enchanting projects with music by Claude Vivier with the then Netherlands Opera, and in surprising, lived-in but idiosyncratic performances of Bach's St Matthew and St John Passion with Holland Baroque.

But also the long series of more or less important world premieres by Dutch composers, led by Louis Andriessen and further by Klaas de Vries, Rob Zuidam and Jan van de Putte (the list is endless) and by international heavyweights (Ligeti, Reich, Kurtág, Gubaidoelina, Ustvolskaya, Kagel) aroused deep admiration. All of them wore De Leeuw on their hands as a devout and extremely serious interpreter.

He himself dried up as a composer in the 1970s, in his own words because he admired other composers too much. Yet in 2015, he still came out with his magnum opus: the impressive orchestral work Der nächtliche Wanderer, which was also heard abroad. Then there were the board positions that allowed De Leeuw to emerge as a power factor of importance in Dutch musical life. In 2018, at 80, he was awarded multiple honours for all this, with the Silver Medal of the City of Amsterdam and the Prins Bernhard Cultuurfonds Prize (150,000 euros) for all his work.

Late in his life, however, he was tarnished. Musicologist Thea Derks wrote a biography about him, which contained many eulogies, but also passages that were unkind to him, about his private life, character, his youth, his relationship-less and asexual life, his absolutist tendencies and his inability to deal with criticism. Every publicity moment was then seized upon to proclaim that Derks had done a botched job. In Het Parool, he even said he wanted to have an investigation into whether the book could be taken off the market (which he later denied). That this only served to fuel attention for the biography did not seem to interest him. But, that was just the way he was. Or, to quote Bordewijk, 'such was his nature, in big things he was big, in small things he was small';.

De Leeuw, already physically very weak for quite some time, gave his last concert on 13 January in the Muziekgebouw, in a programme of works by Schubert, Kurtág, Van de Putte and De Vries. He then played a pianino, a small instrument, because he was too weak to still be able to press the keys of a large Steinway. The death symbolism of the theatrical concert will not have escaped anyone at the time.

In memory of this great artist, we have decided to keep the information we have collected over the years on this website available to interested readers. 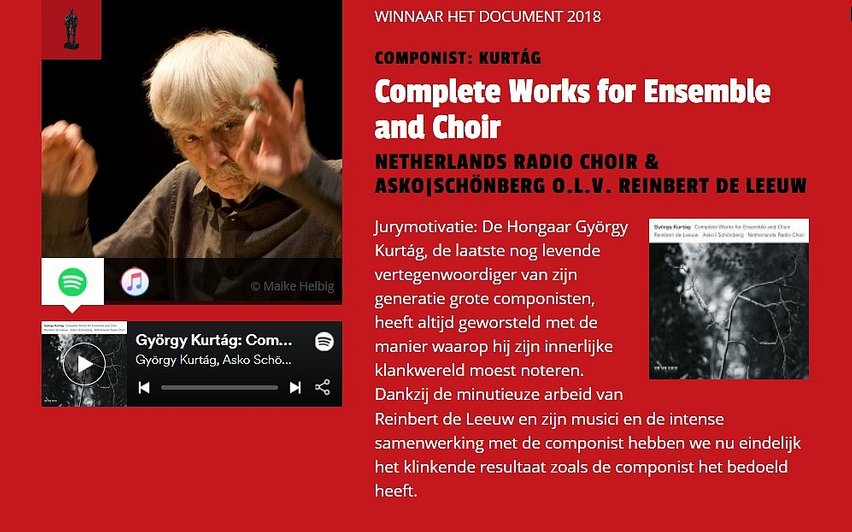 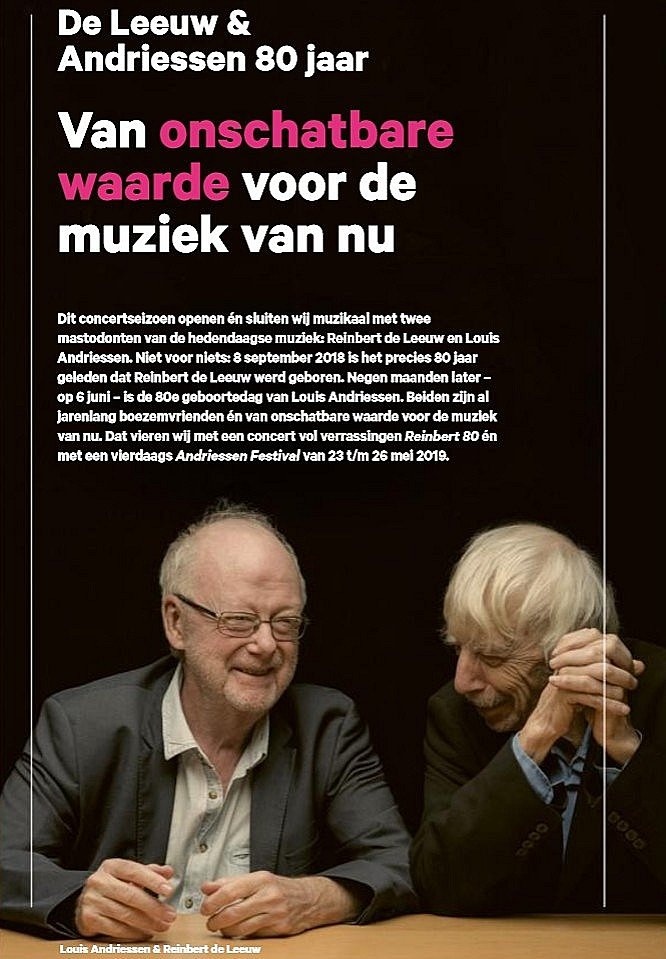 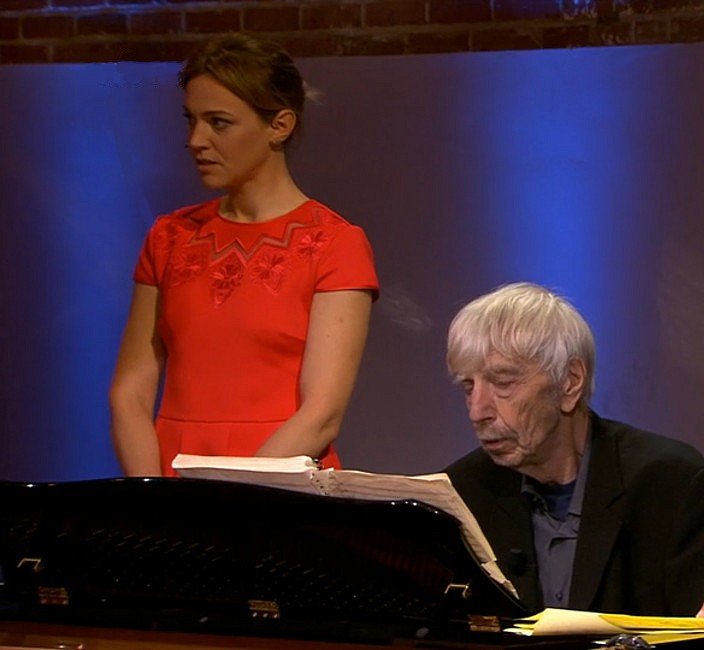 Reinbert de Leeuw has immersed himself in Satie’s music for many years, and helped Hannigan ‘remove herself’ from their performance of Satie’s quirky cantata Socrate. The resulting intimacy is unusually effective: conversational, enigmatic, elusive, understated, while Satie’s love songs are hypnotically beautiful. This is the outstanding new recording from Satie’s anniversary year.

SOUNDS OF THE TIMES: NIGHT WALKERS 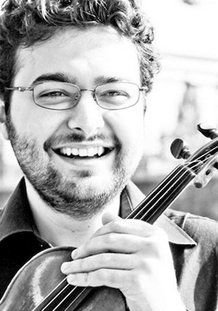 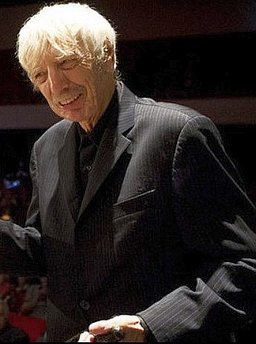 Master of modern music Reinbert de Leeuw returns to the New World Symphony for the U.S. premiere of one of his own works and an explosive violin concerto.

With a name exposing a clash of sacred and profane, Kaija Saariaho’s Graal théâtre is inspired by writings of King Arthur and the Grail, and spectacularly tackled by contemporary music advocate and consummate violinist Joseph Puglia. In his sweeping symphonic poem Der nächtliche Wanderer, de Leeuw creates a magical world that has been described as “a bath of beauty” and “a high-density monument in music.” 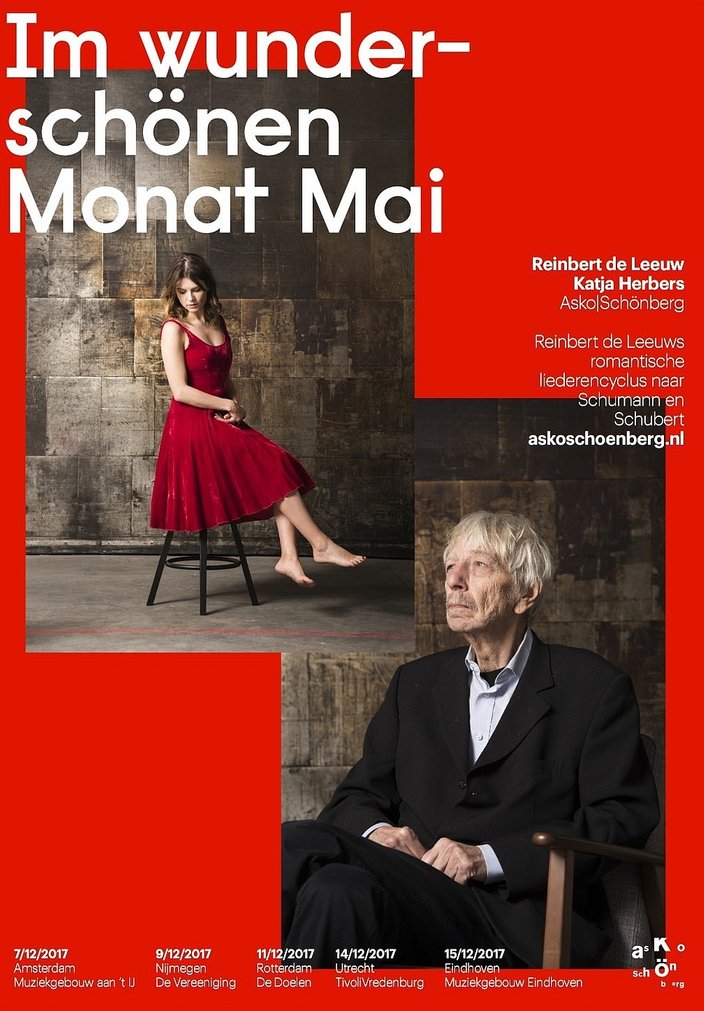 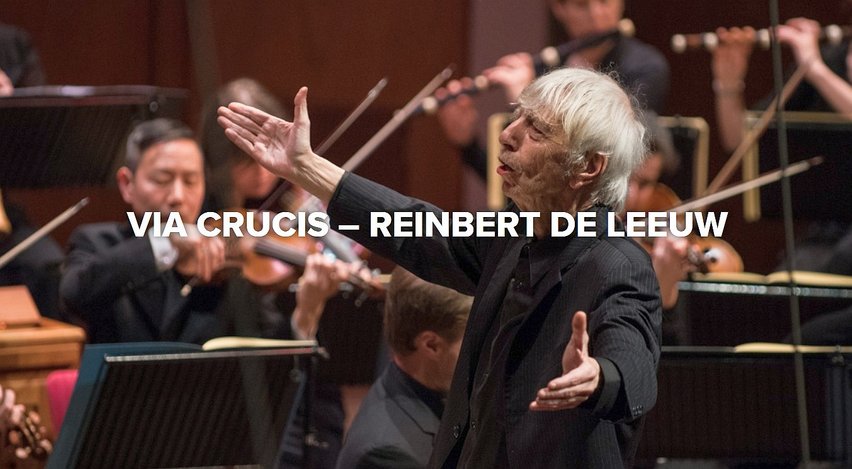 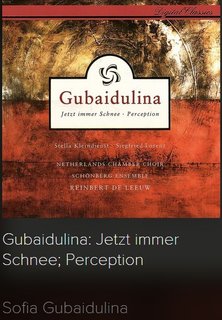 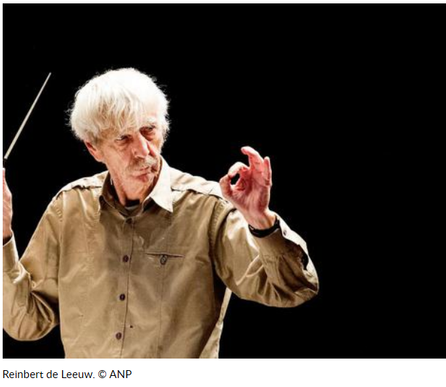 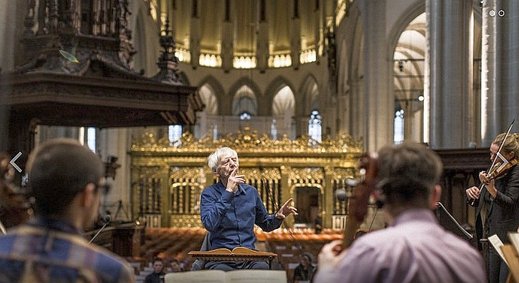 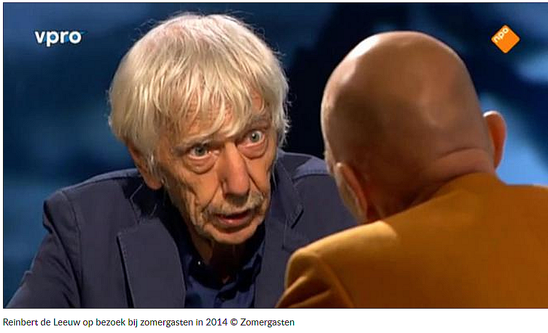